Since I’m now running full steam with Windows 10 I have run into a couple understandable documentation issues for the raspberry pi B+.

I’ll be doing my best to fill them out as I learn about this device.
So far no major issues, but one thing to clear up.

The raspberry pi made it to me faster than the HDMI cord did, so I had no way to see what was happening on the device.

Luckily I purchased the Pi as part of a kit from Adafruit and it contains a console cable. A cool way to get to your Raspberry Pi’s console and start learning about the device.

So I was following along with this tutorial from Adafruit. And found this warning.

But I went ahead and gave it a shot. 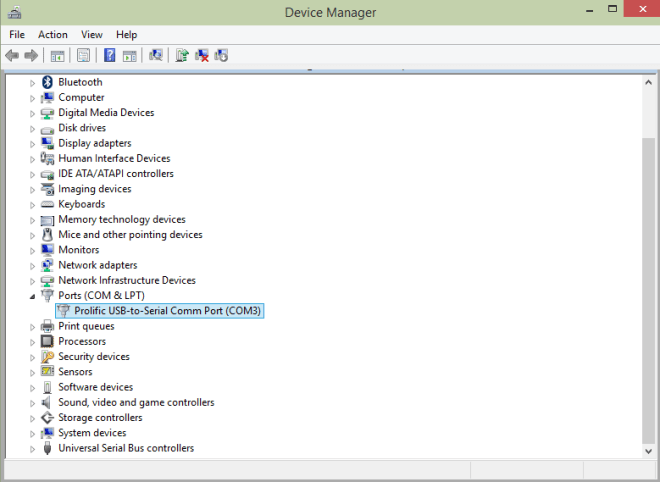 There it is under COM3!

I continued with the instructions given by Adafruit for PuTTY configuration***.

Remember the default username is ‘pi’ and the password is ‘raspberry’

* I found this diagram and site helpful for understanding what the differences were between the B and B+ GPIO ports. Its from Raspberry Pi Spy.

** You can view exactly which port to use in the device manager which can be found by right clicking on the start menu.

***I would suggest pinning PuTTY to your start menu because I tend to lose it and it is great to have on hand when needing to SSH in Azure, Linux Server, or any other place you need to get Console/Terminal access.